In the campaign, researching new technologies unlocks special modules like the Suspendium Cannon and the Heavy Cannon.

Research takes place in "ticks", rather than the constant progress of shipyards, spies, & city-pacification. Every "tick"--roughly 10-30 seconds of wall-clock time at default game-time, your empire's income & spending are processed, and based on your research allocation, your current research topic is allocated research points & checked for completion. If your research meets or exceeds the required point cost for completion outside of a "tick" (usually after your scientists learn from examining defeated Monsters), you will NOT receive the technology until the next "tick"; changing research projects while you have such an overflow will scrap the entire project, wasting all of it. Further, overflow points are also wasted, rather than being applied to future projects. As such, if you're a creature-hunting sort of empire (using the Harpoon device on your arms, or simply having high creature-spawning), it's probably worth reducing your research funding to minimize wastage.

Sometimes successful encounters can award the right to use a particular benefit of technology, such as successful attacks on a Mad Scientist's tower discovering plans for Heavy Steel Armour or Computers. Earning such a bonus only gives usage-rights, rather than having the technology, and doesn't satisfy research prerequisites. 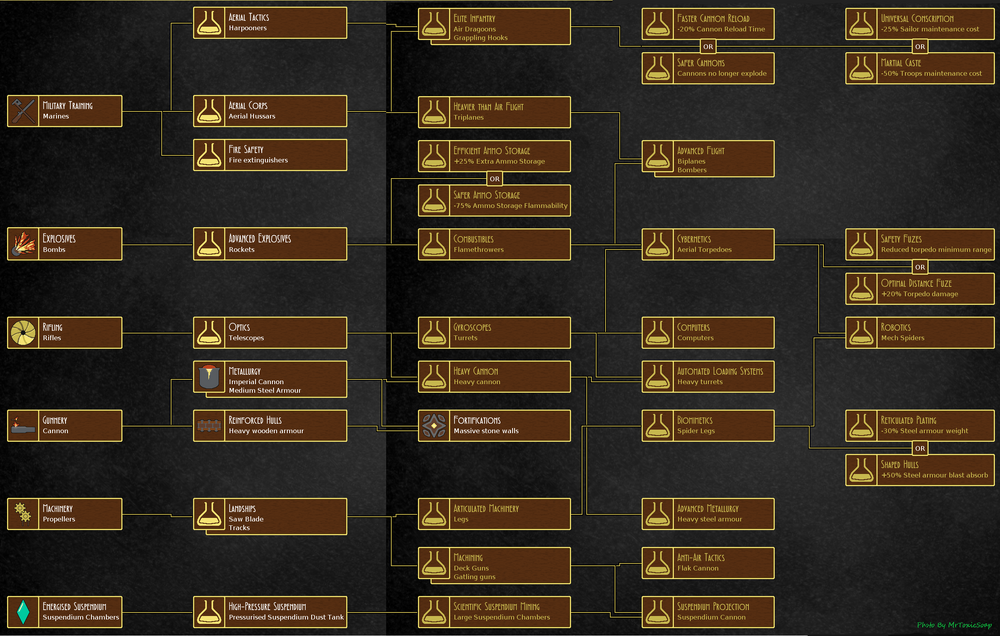